I am supposed to get the vinyl LP of the 1986 demo, maybe it was sent already , but have not checked my rental mail box since october, so it might be sitting there for all I know.

If i got it free from the band, then forget about the free downloads from here ever again.

It is the least i can do to help the band/James,  but when I go in the next week to check if I got any physical mail and it ain't there, then guess i will re-rip/re-up everything as FLAC or WAV rips.

Well, that made us grin back then ! 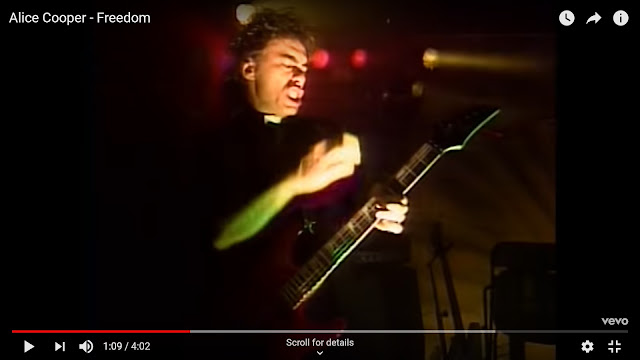 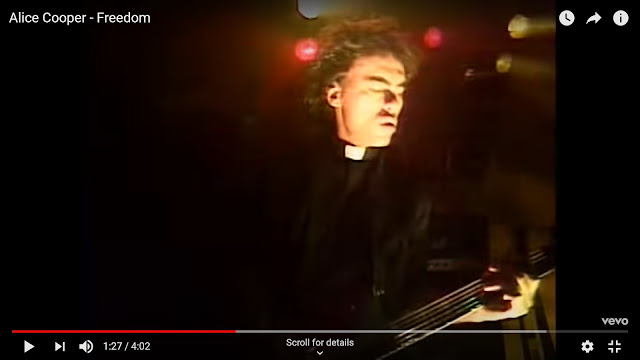 Some of us wondered if James joined Alice Coopers band! or if this guitarist guy ripped off the priest collar idea after James wore it at least once onstage at Ildiko's earlier in 1987 before this music video?
I forgot which show that was, and didn't bring a camera back then, (only a handheld tape recorder sometimes to record shows or do interviews).
PS.
Not the first time I heard the Cooper camp borrowed ideas from Toronto area bands. There was some idea they took from Piledriver? I would have to check old emails, unless it was something I was told on the phone once from Gored.
he didn't care at the time when they did it I think, as he is a HUGE Alice Cooper fan. 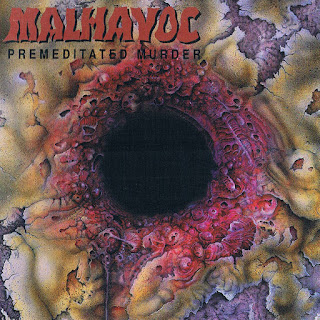 I will guess it was written by this same Greg Pratt ->  https://exclaim.ca/writers/greg_pratt

Pretty much agree with what he said.

Though. after this album was released, was when I stopped caring.

It was clear they were about to abandon metal to become whatever it is they are, and I was not going to pay to see them play live anymore or buy their future cd's. Premeditated Murder was cool for what was included on it, but now I see it was probably to keep the interest from old fans by clearing out some of the vault.

I never seen the concerts where Jimi was cutting his chest onstage, but for years was hearing/reading about it from others, or new friends who were fans.

Was not interested in viewing that in person. Especially since he supposedly was taken to the hospital many times.
(Maybe as a teenager it might be cool and appealing to watch a show and then learn the musician died after you witnessed the last concert ever?)

and the main reason I stopped caring....

Anyone remember when a review said Malhavoc's drums sounded like shit?

I forgot from where, so ask James if you are on the Malhavoc facebook group page.
https://www.facebook.com/groups/33034046659/

Somebody wrote that the drums sounded like shit on The Release (or maybe it was another early CD).
Funny thing is, was it not Dave Lombardo's drumbeats sampled off the SLAYER "Reign In Blood" album ??!
2 comments:

6 hrs · Montreal, QC ·
I am in heaven. Cannot believe I just had my first Banana Split. It was the friggin greatest thing I have ever eaten! I grew up thinking they were so extravagant and way out of my price range. I am gonna get another one before the next film. So happy Banana Splits are a part of my life now.
*feeling like a complete fool

· May 29 at 10:47am
" More big MALHAVOC news. Some of the few have asked for it, so we are doing it, we are now available on all the major streaming sites! That means Spotify, Google Play, Amazon even fucking iTunes and Apple Music.
Right now THE RELEASE, PREMEDITATED MURDER, GET DOWN and PUNISHMENTS (ep) are up, but more will be added over the coming weeks.
More streaming sites are coming as well, Tideal, Microsoft Groove and many others.

Hopefully you listen on the streaming sites, but come and buy the music at our bandcamp store.
Note also that it should say Icky-Poo Productions to make it official. Some asshole has been selling our music on iTunes for years and we can't seem to get rid of him, but we are seilling our stuff cheaper, so remember, if's it more expensive, it's not us.
Let us know what you use, and how everything is. If you find any issues with wrong titles, how things sound, anything, let us know. You can respond right here and we'll get right back to you.
Enjoy! "
https://www.facebook.com/groups/33034046659/

PAUL ABRAMSON - VAN RICHTER RECORDS is illegally selling Malhavoc's music, and with the support of i-tunes !!!

I do not support selling digital music files, but what pisses me off even more is when scumbags sell the music who have ZERO CONNECTION to the bands!!

if I am remembering correctly,  around 8 years ago, a website was illegally selling Overthrow's music and Nick Sagias had no idea who it was, how they got away with it., or how to stop it.

These days, with supposedly more laws to protect artists, none of that matters if large companies / corporations are making a buck or two off you, and you get NOTHING. they don't care, unless you have the money for lawyers to make them suffer and pay you what they owe plus damages.

Just got this email from iTunes....
Hello James,
We have been in touch with our provider and they disagree with your claim. Please work with our provider directly to resolve your concern at the email address provided in the attached spreadsheet in the column titled Comments. We hope this will be resolved amicably.

5 hrs ·
Can you believe this shit? Beyond ridiculous.

Jimi LaMort
Just got this email from iTunes....
Hello James,
We have been in touch with our provider and they disagree with your claim. Please work with our provider directly to resolve your concern at the email address provided in the attached spreadsheet in the column titled Comments. We hope this will be resolved amicably.

July 29 at 12:53am
The iTunes Mystery solved, but far from over….looks like an old stalker is back in my life. I cannot believe iTunes deals with this lifelong criminal. I should go to the press with this!! I also need an American Lawyer.

MALHAVOC
We know know who is illegally selling my music on iTunes, a man who needs no introduction as he has harassed and stalked MALAVOC for years now and has finally stepped over the line with this most recent act!!
PAUL ABRAMSON - VAN RICHTER RECORDS!!!!!!
This guy is totally fucking insane so how the hell does he have an account with iTunes/Apple??

I see a few of you are friends with this total piece of shit!!
Please tell me why and do any of you actually know this prick for real?
I need a lawyer pronto!!